Janet Jackson on Body Image, Weight Loss and True You 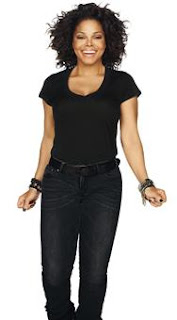 ﻿Janet Jackson recently appeared on ABC's Nightline to discuss topics such as weight loss and body image.  Jackson, 45, is a new spokeswoman for Nutrisystem, a weight loss program known for it's home delivered packaged foods.  She refused to talk about numbers on the scale, but she focused on the goal of maintaining a healthy weight.


Jackson discussed her struggles with a negative body image.  She stated that her struggle began at a very early age.  She was teased at home and she had to contend with the expectations set for her while on the set of Good Times.  I have always thought that Janet Jackson is such a beautiful woman.  It shocks me to hear her say that she has not viewed herself that way.


In her book, True You, Jackson addresses her very personal struggles with self-esteem.  She encourages the reader to recognize that who you are, the true you, is more than enough.  Jackson states, "I’m loved, I’m valued, and I’m capable of achieving balance in my life. I can learn to eat well. I can exercise. I can express gratitude for the simple act of being able to breathe in and breathe out. I can move away from darkness and depression to light and hope. I can be happy with who I am, not what I should be, or what I might have been, or what someone tells me I must be. I am me, the true me; you are you, the true you—and that’s good. That’s beautiful. That’s enough.”

True You is now in paperback and available at www.thequalitycorner.com.

Available in eBook format at Barnes & Noble, click here -
True You: A Journey to Finding and Loving Yourself

View her interview on Nightline here:

Well i'm an individual who tried to shed some pounds, and I realize what I'm chatting about. If you are seeking amazing results, you can go for http://www.shoppharmacycounter.com/t-Adipex-Medicine.aspx