Shopping eBay is even easier with eBay applications.  eBay has applications for the iPhone and iPad as well as Android and BlackBerry smartphones.  Buyers can search, buy, pay, and check account status from anywhere.  The apps are extremely easy to use and convenient.  I have the eBay app for iPhone and I absolutely love it.  It took me less than five minutes to find what I was looking for and make the purchase.  The app is equipped with push notifications, so you will be notified if you are outbid or the item is about to end.

eBay has several apps available for the iPhone.  They include Selling, Fashion, Deals, StubHub and Half.com.  As an eBay seller, I especially appreciate the Selling app.  This app allows you to list items directly from your phone and use pictures stored on the phone.  The Selling app also allows sellers to check the status of their items and communicate with buyers.  The convenience just can't be beat.  If you buy or sell on eBay, I highly recommend using these apps.  More information on eBay apps can be found at http://pages.ebay.com/mobile/.

Visit my eBay store at www.thequalitycorner.com.
Posted by The Quality Corner No comments:

Back to School - Bestselling Children's Books 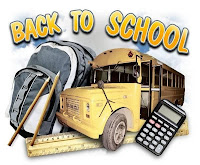 As I jogged around my neighborhood this morning, I noticed kids waiting for the school bus.  I shouted to one of my neighbors, "First day of school?"  "Second," she says.  Wow, school started yesterday!  I just don't know where summer went.  For the kids in my neighborhood, it is officially over.

The New York Times Best Seller list features a "Children's Books" category.  The top books in that category this week are -

Rufus Butler Seder has consistently been on the best sellers list.  This author and illustrator has become famous for the "scanimation" technique.  The characters in Seder's books appear to be moving across the pages, delighting children all over the world.

The Quality Corner is having a back to school sale until September 2 - FREE shipping on all children's books.  These best sellers and others can be found at www.thequalitycorner.com.
Posted by The Quality Corner No comments:

Eat, Pray, Love by Elizabeth Gilbert is now a major motion picture to hit theaters on Friday, August 13.  The book is number one on the New York Times Best Sellers list this week.

This book is a true story about how the author overcame a midlife crisis at the age of 30.  The publisher's synopsis reads, "A celebrated writer pens an irresistible, candid, and eloquent account of her pursuit of worldly pleasure, spiritual devotion, and what she really wanted out of life."

Julia Roberts stars in the movie.  I recently watched an interview of Roberts on "Good Morning America."  The movie sounds like it will be a heartwarming story that many people will be able to relate to.

The book is on sale this week for 10% off at www.thequalitycorner.com.

"Venus Williams” has become a household name. Venus is synonymous with success. At the young age of 30, she has become a huge success in a number of ways. Most people are familiar with her career in tennis. She is a two-time Olympic Gold medalist and she has won numerous Wimbledon titles. In addition to her success as an athlete, Venus is a founding ambassador for the WTA-UNESCO Gender Equality Program, which addresses worldwide gender issues and she launched a successful clothing line in 2007. Now she has added “Author” to her many professional titles. In July, Venus released her new book, Come to Win.

This book shows how to turn a competitive spirit and an athletic background into success in other areas of life. Venus explores how her drive for tennis will continue to help off the court in her post-tennis career. She draws on experiences of others who got their start in sports and who are now on top of their profession. She discusses with them what principles they gained from playing competitive sports and how that has helped them in the business world.

“Vera Wang is a fashion designer. She launched her eponymous label in 1990. She served as design director of women’s accessories for Ralph Lauren, and spent sixteen years at Vogue, where she became the magazine’s youngest editor. She was born in New York City and graduated from Sarah Lawrence College with a degree in art history. She says: ‘I fell at Nationals in 1968. . . . It is a lot of pressure when thirty or forty thousand people are going “Oooh” together and you’re sitting on the ice. It’s the same with fashion. I’ve had a show that I thought represented a great effort, and a certain reviewer killed it. . . . It’s not unlike sports where one is subjectively judged! . . . It’s the ups and downs of it. You have to be passionate to stay in it. If you don’t love it, why put yourself through it?’”

The advice in Come to Win is knowledge every aspiring professional and entrepreneur will want to read. It's also a very useful tool for parents and coaches looking to build confidence and discipline in their children. All who read this book will greatly benefit from the experience of Venus and other professionals.
Posted by The Quality Corner No comments:

Even though e-books are increasing in popularity, many people still prefer a printed book.  Paperback sales seem to be holding pretty steady, while hardcover sales have slowed in general.  The top paperback books on the NYT Best Sellers list this week are:

New to the top of the list this week is Smash Cut by Sandra Brown.  Here is the publisher's synopsis -  This thrilling new novel is full of jarring, cinematic twists and breathless suspense that will have you on the edge of your seat. When millionaire Paul Wheeler is murdered, his family retains renowned lawyer Derek Mitchell to defend the victim's nephew Creighton-- although the police have not charged the young man with the crime. Wheeler's mistress, Julie Rutledge, who is also a suspect, believes that Creighton is the killer, despite his rock-solid alibi, and she'll do almost anything in her quest to prove his guilt--even ruin Derek's career. But the more Derek learns of Creighton's darker side, especially his bizarre fascination with movie murders, the more he comes to believe Julie is right. The clock ticks down to a shocking ending as Derek and Julie join forces to find the truth. Has Creighton begun reenacting cinema's goriest scenes? And who will be his unwilling costars? They won't know until the final "SMASH CUT."

It certainly sounds like a good book.  Years ago I read The Switch by Sandra Brown.  That book was such a suspenseful page-turner, I still remember the story to this day.  Sandra Brown is an excellent writer and it is nice to see her back on the top of the best sellers list.  Smash Cut is on sale at The Quality Corner for $8.99.
Posted by The Quality Corner No comments: